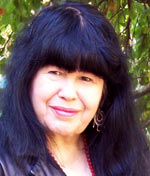 Marge Piercy is the author of seventeen novels, eighteen volumes of poetry, and a critically acclaimed memoir, Sleeping with Cats (2002). Born in Detroit, she won a scholarship to the University of Michigan and became the first in her family to attend college. She published her first book, a collection of poems called Breaking Camp, in 1968. She has won numerous awards, such as the Sheaffer Eaton-PEN New England Award for Literary Excellence in 1989 and the Arthur C. Clarke Award for best science fiction novel in the United Kingdom in 1992 and 1993. Her writings include Woman on the Edge of Time (1976), Circles on the Water: Selected Poems of Marge Piercy (1982), and most recently, a nonfiction book about the Jewish tradition of the Passover Seder, called Pesach for the Rest of Us (2007).

Browse poems by Marge Piercy in The Writer’s Almanac Archive

Can you talk a bit about your memories of growing up in Detroit? How has your upbringing influenced your work?

Everything was out in the open in Detroit. Class distinctions were really obvious. Jews weren’t white when I was growing up, and I grew up in a neighborhood African-American and white by blocks. In many ways, I was closer to the blacks. The invasion of our neighborhood by troops and tanks was very frightening during the race riots of my childhood. Anti-Semitism was blatant and everywhere. I’ve written about that.

The other thing about Detroit was that even in poor and working-class neighborhoods, there were lots of gorgeous trees. We had huge elms in front of our asbestos shack and behind it. And the sandy soil is very fertile. You don’t have barren land in Detroit. If a house burns down, as they so frequently do, the lot fills up almost at once with lush growth.

You have said that the best gifts you can give a poet are field guides to rocks, stars, birds, amphibians, and wildflowers. Why would these be particularly helpful to a poet?

Imagery comes directly out of your own core. It comes from how you perceive the world, how carefully you look and listen, how well you remember, how your mind works. What we have to draw on is largely dependent on how much attention we’ve paid to what’s within and outside of us. Learning to pay attention: looking at shades of green. Not all trees are green, and even those that are differ wildly. How many birds can you identify? In other words, how many times have you looked carefully at a bird? Can you tell by the weeds and wildflowers growing in a meadow if it is dry or wet, good soil or scanty, sweet or acid? How does the bark of a beech differ from the bark of an elm? The bark of a black cherry? The bark of a Scotch pine from that of a pitch pine?

The more precise the attention you pay to the world around you, the more you will rejoice in, the more stuff will be in you that rises as real metaphor and simile, expressive, precise, powerful, felt. Anything we truly experience and take in is the stuff of metaphor. Primo Levi, the great Italian writer, has a book of short stories called The Periodic Table, from chemistry. Each of the tales is a different element. Metaphors out of physics are often powerful and fresh. As a poet or a novelist, you are a generalist in the old sense, and you ought to know everything you can. The wider your curiosity ranges, the more interesting metaphors will rise. Memory and observation can be trained to precision and retention.

It is the ability to produce the precise detail that makes a seashore not simply a flat stage setting that evokes nothing, but a real shore that brings with it a little of the power of the sea. It is the observation of what kind of shell is on a particular beach — quite different on Cape Cod than at Daytona Beach. The sand itself is different. Knowledge as well as memory blend with imagination to produce fresh and powerful imagery.

The writer Grace Paley said that when you are a poet, you speak to the world, and when you are a story writer, you get the world to speak to you. Would you agree? Is poetry more personal than other kinds of writing?

Definitely. Of course, it does not make the least bit of difference to the power of a poem if it is truly autobiographical or an amalgamation of persons and events or you are speaking in the persona of a friend or historical or mythological being. If I am writing as my cat Sugar Ray, nonetheless, I am writing out of my life and experience.

When I am writing fiction, I am usually entering other lives. I am a very nosy person and other people’s lives fascinate me. I want to know how all their stories come out. Fiction is very much about time — so what happens next, and then what, and what finally? I explore the choices I did not make, the roads I did not travel down. Two roads diverge in a yellow road, but I get to go down both of them through my fiction.

In my historical fiction — Gone to Soldiers (1988), City of Light, City of Darkness (1996), Sex Wars (2005) — I am asking through historical characters, how did we get here? In my science fiction, I am asking, what happens if we change certain variables? Or if we don’t?

Your work often raises important issues related to feminism, civil rights, and ecology. Do poems or novels have the capacity to bring about political or cultural change?

Poetry or fiction cannot of itself make changes; it can only raise awareness. It can influence the imagination of someone who reads it, so that perhaps they may envision a different society or different way of loving or caring or fighting or dying. Perhaps a poem or a story may persuade the reader to enter the consciousness of someone who is different from themselves and feel that person’s humanity or empathize with an elephant or a whale or a robin.

Also it can provide emotional support to someone who identifies with a poem. See, I’m not the only one who experiences that or feels that way. I’m not such a freak. My ideas, my feelings, my experiences are authentic and deserving.

Can you tell us about the short-story collection you’re currently working on? It’s been a while since you’ve published in that genre.

I haven’t worked in that genre for over two decades. It is great fun to go back to it and revise old stories but even more, to write new ones. I’ve written three so far. PM Press will be bringing out a collection of some short stories in the spring of 2014, so I have about nine months to get it together.

Are there any new writers you’re excited about these days?
Shana Ritter, for instance. Maria Gillan, Penny Perry, Allen Learst, Rosalie Morales, Bruce Niedt, Marilyn Kallet. I’m not sure how “new” any of these are, but they are new to me.